Althia Raj is a multiple-award winning journalist. She is a national columnist with the Toronto Star, the host/producer of the bi-monthly podcast “It’s Political,” and a regular weekly panellist on CBC’s “At Issue” panel.

Prior to joining the Star, she served as HuffPost Canada’s senior editorial manager and its Ottawa bureau chief, from the news site’s inception in 2011 until its closure in March, 2021. She set up the Ottawa bureau and later ran its bilingual newsroom, overseeing its political coverage of Parliament Hill and of the National Assembly in Quebec City. In 2017, she launched “Follow-Up,” another politics podcast she hosted and produced.

In 2022, she was awarded the National Newspaper Awards’ John Wesley Dafoe prize for politics for pieces she wrote about how the Liberals won the 2021 election campaign and internal dynamics of the Conservative caucus which led to Erin O’Toole’s removal as leader.

Since 2015, Althia has been ranked in The Hill Times list of the top 100 most influential people in Canadian politics. She has won several digital media awards for her multi-media election coverage in both English and French.

Prior to joining HuffPost, Althia was a national political reporter for Postmedia News and an Ottawa bureau reporter for QMI/Sun Media. She also worked as a network producer for CTV and as an associate producer for the CBC Radio program “The House.”

She is a proud Parliamentary Internship Program alumna. A graduate of McGill University, she serves on the Board of Trustees of the McGill Institute for the Study of Canada. She is also a volunteer board member with the Ottawa Art Gallery. She is a past chair of the board of directors of apt613.ca, an award-winning not-for-profit arts and culture blog which she co-founded in 2008. 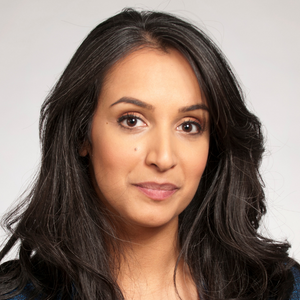 Speaking at the Conference